For the first time since its inception in 1972, Canada’s most scenic race has recorded over 17,000 runners for a new all-time record. Nearly 65 countries, a feat accomplished last year, will again be represented among the event’s many destination runners.

“The BMO Vancouver Marathon has been a staple event in the local running community for 47 years, and in continuing the event’s legacy, we are fortunate to be able to share our beautiful city with the world,” shares Eric Chéné, Race Director of RUNVAN®.

The event is well-known for its scenic views, and has been named a ‘Top Destination Marathon’ by the likes of Forbes, CNN, and USA Today. Locally, it is voted Vancouver’s Best Race by the Georgia Straight.

Organized by the local non-profit Vancouver International Marathon Society RUNVAN®, the BMO Vancouver Marathon set its then highest participation numbers in 2016 when the event reached maximum capacity. Event organizers have since allotted more spaces on course to meet demands.

“We are always looking for new ways to enhance the runner experience to continue growing the event and encouraging runners of all abilities to join in,” adds Chéné, noting the race began with only 32 finishers.

This year breaks both the all-time registration number and number of international runners. The event first welcomed runners from over 50 countries in 2015, and has since grown international registrations by 50% since that record year.

The event is a key economic driver in the provincial economy, and helps to generate nearly $60 million in regional economic activity. The Marathon is funded in part through the province’s Tourism Events Program with brand awareness support from Destination BC.

Recent additions of a 8KM and Relay race proved to be popular choices among runners, being the first two races to reach capacity. The 8KM, which features a scenic course from Stanley Park to Downtown Vancouver, sold-out early in mid-April, with the Relay following soon after.

Marathon week kicks off with the free three-day Health, Sports & Lifestyle Expo at the Vancouver Convention Centre features over 120 exhibitors and takes place from Thursday, May 3 to Saturday, May 5. Walk up registration will be available at the Expo after online registration closes at 9PM PST.

Local communities are encouraged to get involved in the festivities and come out and ‘run, cheer, or volunteer’. Spectators have a chance to win cash prizes just for cheering as part of the Community Challenge presented by Chevron.

The BMO Vancouver Marathon is made possible with the support of nearly 4,000 volunteers annually.

Schedule of events, road detour information, and more may be found at bmovanmarathon.ca/raceweek 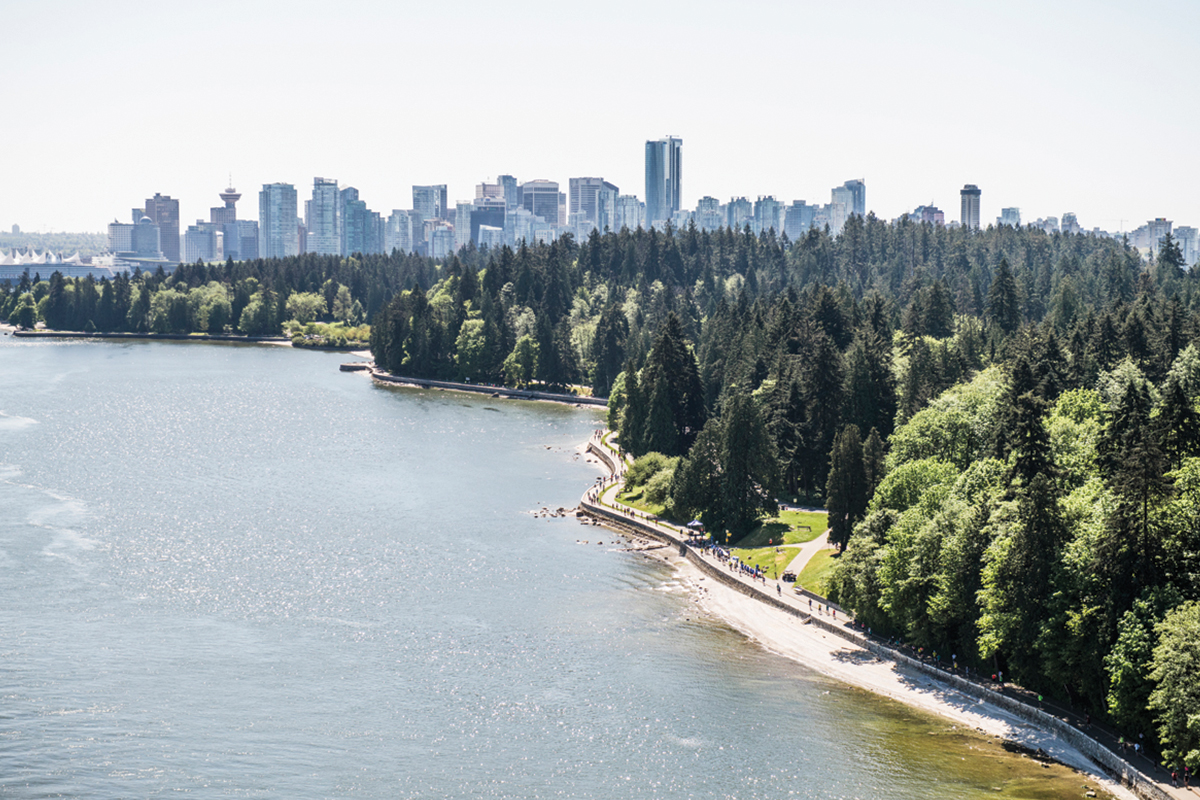 Stunning Running. The BMO Vancouver Marathon is ranked one of the top destination marathons in the world. Photo: Maylies Lang / RUNVAN®