Organized by the local non-profit RUNVAN®, the event has worked with a broad range of charities and charity runners to help raise funds for social impact and community initiatives. The program has partnered with 20 groups in 2018 including the BC Cancer Foundation, Canadian Mental Health Association, Canuck Place Children’s Hospice, Down Syndrome Research Foundation and the Walking School Bus.

“Thank you to all who have supported the RUN4HOPE program, which has allowed us to simultaneously put on a world-class event while giving back to the community,” says Eric Chéné, Race Director of RUNVAN®. “Your contributions have helped to make a huge difference in supporting charitable initiatives within the community.”

The Leukemia and Lymphoma Society of Canada, BC & Yukon were the founding charity of the RUN4HOPE charity program in 1996 and are still part of the charity program to date.

“We are extremely proud to be the founding charity of the RUN4HOPE program, as it supports community initiatives and inspires fundraising efforts towards philanthropic organizations,” shares Lauren Atkinson, Regional Director of the Leukemia & Lymphoma Society of Canada, Prairies Region & BC/Yukon Region. “RUN4HOPE combines athleticism with charitable giving, which brings the public together in a cohesive and rewarding way.”

This May, Charity Runner Janelle Roger has chosen to run for the Leukemia & Lymphoma Society of Canada, BC & Yukon. Roger will be running her first Marathon to honour her father after he passed away from Leukemia in 2014.

“Since his passing, I’ve struggled to find a way to really honour his memory. Thanks to the help of RUNVAN®, I found out that he ran the Vancouver Marathon in 1981, and after learning this, I knew this was the perfect way to remember him,” shares Roger.

“Although I’ve never been a great runner, I knew the challenge of training for a marathon and the motivation of fundraising for a cause that meant so much to me would get me to the finish line. I’m privileged to be able to raise money for such an important cause while combining this experience with such a meaningful personal journey.”

People like Janelle are the driving force behind the ongoing success of the RUN4HOPE program.

“As a community-driven event, the RUN4HOPE program have allowed us to work with a diverse group of inspirational runners who are dedicated to their cause,” adds Chéné.

You can still support the RUN4HOPE program by donating to one of the 20 charities in the program. To learn more, please visit bmovanmarathon.ca/run4hope 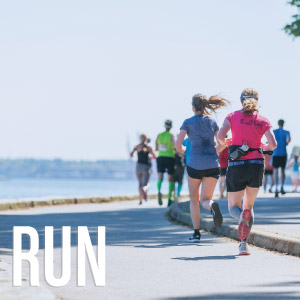 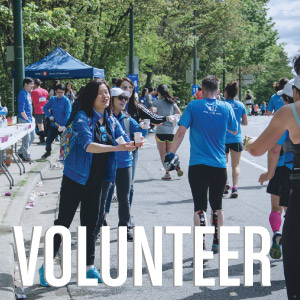